It has recently been shown that the Large Magellanic Cloud (LMC) has a substantial effect on the Milky Way’s stellar halo and stellar streams. Here, we explore how deformations of the Milky Way and LMC’s dark matter haloes affect stellar streams, and whether these effects are observable. In particular, we focus on the Orphan-Chenab (OC) stream which passes particularly close to the LMC, and spans a large portion of the Milky Way’s halo. We represent the Milky Way–LMC system using basis function expansions that capture their evolution in an 𝑁-body simulation. We present the properties of this system, such as the evolution of the densities and force fields of each galaxy. The OC stream is evolved in this time-dependent, deforming potential, and we investigate the effects of the various moments of the Milky Way and the LMC. We find that the simulated OC stream is strongly influenced by the deformations of both the Milky Way and the LMC, and that this effect is much larger than current observational errors. In particular, the Milky Way dipole has the biggest impact on the stream, followed by the evolution of the LMC’s monopole, and the LMC’s quadrupole. Detecting these effects would confirm a key prediction of collisionless, cold dark matter, and would be a powerful test of alternative dark matter and alternative gravity models. 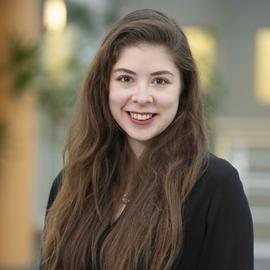 I am interested how stellar streams are affected by time-dependent dark matter halos.